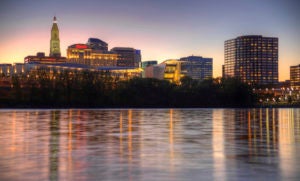 Hartford, Connecticut might be one of the best-kept secrets of the Northeast, especially for meeting planners. Centrally located between New York and Boston, Hartford is an easy access point to nearly anywhere along the East Coast. There’s also a plentiful selection of event venues to host your gathering, from the 540,000-sq.ft. Connecticut Convention Center to intimate social clubs. After work hours, enjoy cultural attractions, including world-class art museums and science centers, and a burgeoning dining scene of local restaurants and bars. Want to know more? Here are some of the top reasons for you to host your next meeting in Hartford. 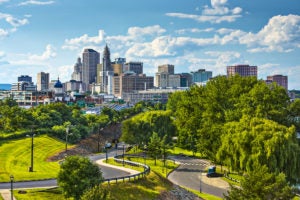 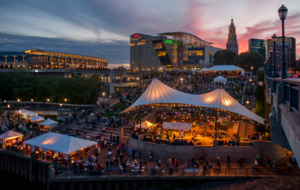 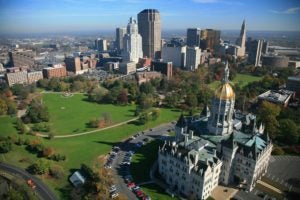 The Heart of the Northeast Corridor
Getting to Hartford, Connecticut is easy. Driving is a simple solution for transporting equipment and materials thanks to Hartford’s location at the intersection of Interstates 84 and 91. Or, if you’d rather enjoy the ride instead of driving yourself, Amtrak stops at Union Station in downtown Hartford, easily connecting you to Boston, New York, and Washington D.C. Additionally, Bradley International Airport is only 15 miles from Hartford and serves the top airline carriers in the U.S. with 200 daily flights—34 are nonstop routes. The Bradley Flyer bus provides quick and easy access to Hartford seven days a week, with a convenient stop directly in front of the Connecticut Convention Center.

Eclectic Event Venues
From elegant 19th century social clubs to a sleek and modern science center, there’s no shortage of unique venues to host your next event in Hartford. 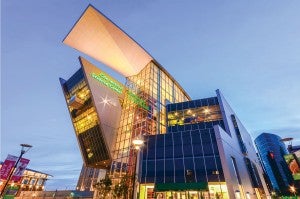 Located directly across from Connecticut Convention Center and accessible via the pedestrian bridge, Connecticut Science Center is home to flexible indoor and outdoor spaces that include galleries, a rooftop garden and a state-of-the-art 3-D digital theatre. There’s also an in-house catering and service team so you won’t have to worry about outside vendors. Best of all, your attendees can partake in experiments in four educational labs and explore 165+ exhibits covering everything from physics to forensics.

The Hartford Club
As Hartford’s only city club for the past 145 years, The Hartford Club is one of the most respected sites for private fine dining events, where you can host groups from 10 up to 1,000 people. It offers custom-designed catering, décor, audiovisual capabilities, in-house event planners, chef, and a waitstaff and seven distinctively designed rooms.

Greater Hartford Jaycees Community Boathouse
Host an event under the stars along the Connecticut River at Greater Hartford Jaycees Community Boathouse. From summer barbecues to New England lobster bakes, the Riverhouse Catering Company can conceptualize menus for everything, from intimate team dinners to huge company-wide picnics. 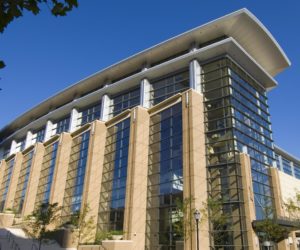 Connecticut Convention Center
The 540,000-sq.-ft. Connecticut Convention Center includes 140,000 square feet of exhibition space, a 40,000-sq.-ft. ballroom, and 25,000 square feet of flexible meeting space, making it the perfect venue for any type of event. It’s the largest convention facility between New York and Boston and features gleaming floor-to-ceiling windows with beautiful views of downtown Hartford and the Connecticut River. Hosting an event here means you won’t have to worry about a thing, thanks to amazing amenities like the top-of-the-line AV, abundant pre-function areas, and on-site sheltered parking. The Center is also known for its award-winning event planning and in-house catering team. 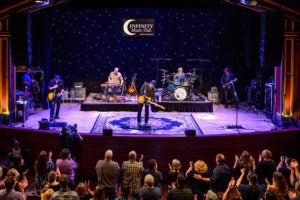 Infinity Music Hall & Bistro
Need to make a presentation in front of a large audience? Infinity Music Hall is the corporate event space for you because the legendary stage is the perfect setting for speakers and presenters, and the space seats up to 500 guests in the orchestra and mezzanine levels. The music hall can be adjusted to fit more guests by removing the seats on the orchestra level, permitting standing shows or a reception space for 650 guests. There are also smaller spaces within the hall for breakout sessions, small meetings, and formal seated dinners.

The Society Room
The Society Room is one of the most elegant places to host a private event in Hartford. You may feel like you were transported to a 19th-century Italian mansion in the Society Ballroom, where grand marble columns soar 35 feet above to a beautiful mural ceiling. The venue has more grand touches, such as a sweeping staircase flowing from a 3,000 square foot balcony, limestone and bronze accents, and an on-site chef and banquet catering staff.

Marquee Events featuring the Gershon Fox Ballroom
Marquee Events is comprised of three distinct areas that can host separate events or be combined into one complete space. The Gershon Fox Ballroom, Mezzanine lounge, and the Atrium have a combined total to 16,140 square feet of art deco-designed event space, with crystal chandeliers, oversized mirrors, and high ceilings with romantic fairy lights in the Atrium. It’s the perfect flexible site for formal dinners, evening receptions for up to 1,000 people, opening or closing receptions, and business meetings.

After-Hours Amenities
From entertainment districts to stunning sports stadiums, there’s plenty to do in Hartford once the work is done. Just steps from Connecticut Convention Center is the Front Street District, a new area of restaurants, bars, live entertainment venues, a movie theater, and retail shops. It’s the perfect place to go to unwind with a drink after a long day of meetings and maybe see a concert. For dining, try local restaurants like Trumbull Kitchen for seasonal cocktails and Asian-inspired dishes, or go to  Porrón & Piña for Spanish-inspired dishes and a jamón bar.   Bear’s Smokehouse is a local favorite barbecue joint for smoked meats like pulled pork, brisket, and pulled chicken, all cooked in Kansas City style. If you’re more a creature of comfort, popular chain restaurants like Ted’s Montana Grill andThe Capital Grille are nearby as well.

To wash down all that great food, check out Hartford’s brewery and distillery scene. City Steam Brewery is a huge space with nine levels and more than a dozen original brews on tap at all times. Thomas Hooker Brewery at Colt is a sleek and industrial space near the Connecticut River and has free Wi-Fi, board games, an outdoor patio, and 10 year-round and seasonal beers on tap. If you’d prefer cocktails, Hartford Flavor Company crafts a collection of botanical liqueurs in flavors like cranberry, rose and cucumber that are perfect for mixing into cocktails and glasses of Champagne. 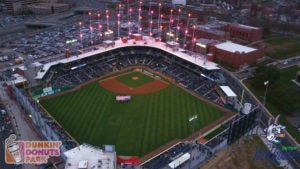 On a free evening, why not take the whole team out to a ball game? Dunkin’ Donuts Park was recently named the “No. 1 Double-A Best Ballpark” for the second consecutive year, and is home to the Hartford Yard Goats, the minor league affiliate of the Colorado Rockies. If you happen to be in town during the winter months, visit the New York Ranger’s AHL affiliate Hartford Wolf Pack or watch a UCONN Huskies basketball team at XL Center. When it’s time to hit the hay, Hartford offers a variety of full-service hotels and 1,400 hotel rooms right in the downtown area, including Hartford Marriott Downtown, which is connected to the Connecticut Convention Center. 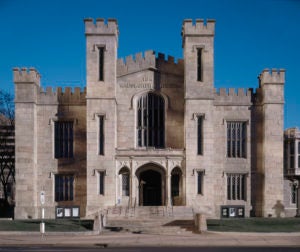 Cultural Attractions and Fresh Air Fun
For meeting breaks and team outings, Hartford offers a wealth of cultural attractions and green spaces. Founded in 1842, Wadsworth Atheneum Museum of Art is the oldest operating public art museum in the United States and features a collection of approximately 50,000 works of art that span over 5,000 years. If you’re a Huckleberry Finn fan, you’ll love a tour of the Mark Twain House and Museum, where Twain lived and wrote “The Adventures of Huckleberry Finn” and “The Adventures of Tom Sawyer.” The Harriet Beecher Stowe Center offers an interactive tour where guests are invited to participate with their guides in discussions about social justice issues from the 19th century, which still resonate today.

If performing arts is more of your group’s speed, visit Bushnell Performing Arts Center, which has been in operation for over 80 years or Hartford Stage, one of the nation’s leading resident theaters. If you’d rather have meeting breaks in the sun, Mortensen Riverfront Plaza is the centerpiece of the Riverfront park system and connects to walking trails along the river. You can also get some fresh air at the 50-acre Bushnell Park, the oldest publicly funded park in the United States. The park offers views of Connecticut’s Capitol gold dome, a vintage 1914 carousel and walking paths. 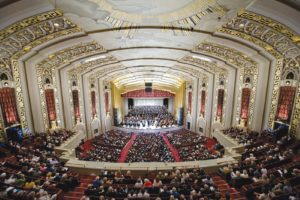 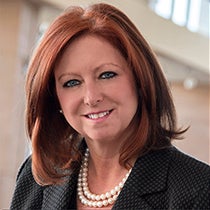 Your initial contact with the Connecticut Convention Center should be with our Sales Team. One of our Sales Associates will review your proposed event requirements. You can also use our online Request for Proposal to submit your event information. Contact Michele Hughes, Director of Sales, for more information. We look forward to seeing you in Hartford!

Contact Us
"The entire staff offered top-notch service, always willing to go the extra mile. The food was fabulous - people are still talking about it!" -University of Connecticut School of Business
Click Here for COVID-19 Information
+ +